How You're Like Dr. Seuss and Jim Carrey & What Happens When You Find Out (and Persist with) What Mattersa 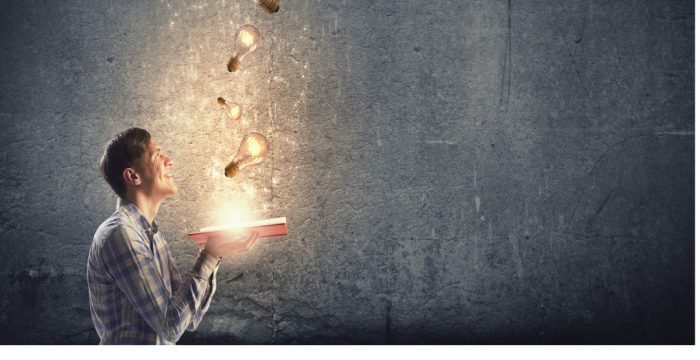 Perhaps you’ve been watching holiday films like I have.

My adult daughter and I rewatched the Jim Carrey version of The Grinch (2000), Ron Howard’s remake of the Dr. Seuss book originally written in 1957. The Grinch, now almost a cult class because of Carrey, was written by Theodor Seuss Geisel (aka Seuss or “Dr. Seuss”) about 20 years after his first book was published, which was only published after it was rejected 27 times.

Geisel had a circuitous path before becoming the notorious author of 60 children’s books. Though, Seuss adamantly disliked his work being categorized as ‘children’s books.”

Perhaps that’s why I Iove his books so much, and went through several copies of Cat in the Hat and Green Eggs and Ham when my children were small. Are You My Mother? was a favorite during my own childhood, probably because I had the same curiosity about belonging. My favorite all-time Seuss book though is Oh, the Places You’ll Go, published in 1990, just one year before Seuss’ death.

I once read that entire delightful book to a group of teens that I mentored in social action research in 2000. Some young person must’ve needed the book more than me, because it was the last time I saw it.

While Seuss did start his career doing what he loved, he was caught drinking (during Prohibition) and fired from his job as editor-in-chief at Dartmouth’s humor magazine. Despite the loss of his job, he kept writing for the magazine anyway under the pseudonym ‘Seuss’. Because it mattered to him. Because it’s what he came to do.

After college, he quit his job as a professor. He
drew commercial ads for Standard Oil. His first children’s book sold poorly. He
was drafted during WWII to create training films and propaganda posters for the
War Board.

None of those things really sound like his life was moving in the right direction, or at least expediently. Until you see the Golden Thread behind it all. Each and every opportunity in life, successful or not, was a chance for him to draw. He evidently had a good sense of humor to be able to make lemonade out of oil company advertising and propaganda posters. That might explain some of the whimsical directional signs (google ‘Dr. Seuss signs’ if you don’t know what I’m talking about) and the Escher-like architecture in his surreal neighborhood drawings.

The nutshell here is that everything he experienced was On Purpose. There were no wrong turns. It’s just that he didn’t quit. He persisted, in the face of seemingly poor odds that he would end up doing what he was meant to do.

That’s the name of the game. To keep going. To know deep down and listen closely to what matters.

And if you’ve shut off your spigot for so long that you can’t hear it, there are ways to turn it back on.

Full throttle. (Got it, mixed metaphors. I’m no Seuss).

When I was a small child and heard the cosmic whispers that I was here to do important things, I thought all of these things:

It’s taken me several decades to realize all those things are true. Well, less so the crazy part, it turns out. I just know how to get quiet and listen to the voices that are always here, if I’m willing to receive them.

But the last two, that I’m lucky and must be special are definitely true.

You see, I’m lucky because I ACTUALLY BELIEVE that I’m lucky and special (most days). That there’s a reason I’m here and that my real job here is to focus on that work. Because that’s my greatest contribution to us all that will have an impact in the world.

Like Theodor Seuss Geisel who didn’t quit after 26 times of having his first book rejected. Because the 27th try was just the right number.

And yes. You have a Golden Thread. We all have do. It’s our GPS. It guides us, down seemingly wrong turns and dark alleys, but always pulls us back to the highway if we’re listening.

Here’s the book I’ve written on The Golden Thread, to be published in April 2020.

And if you want to find your own thread, so you can travel down your path more expediently, here’s a discounted offer that only lasts through today. And Oh, the Places You’ll Go!

Join me for a 2-session Reveal Your Golden Thread journey that will either divulge or affirm your sweet spot for you.

And then there’s the story about Jim Carrey on the set of The Grinch, whose personality quirks sent the makeup artist to therapy. Carrey too had a circuitous career path (including dropping out of school at 16, experiencing homelessness, a tough death and legal battle and suffering from depression). Like many others whose greatest gifts came after struggle, his tenacity and commitment led him to extreme filmmaking productivity. One of his later films, The Eternal Sunshine of the Spotless Mind probably led him to his own evolution and more recently, to advocating for consciousness.

Join us here. It’s your turn to be crazy, lucky and completely special.

Sign-up for the 2-session Reveal Your Golden Thread journey by the end of today 12/31/19.