Why Purpose? Why Now? 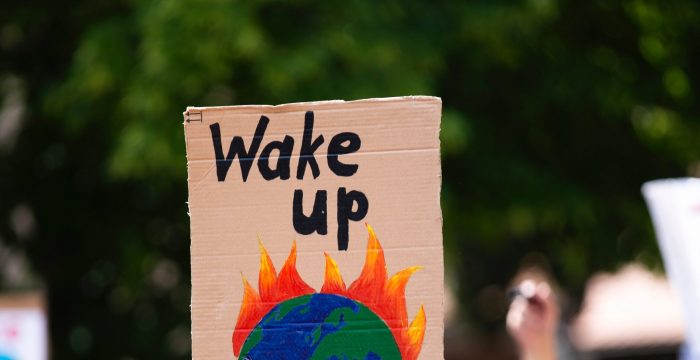 You may have spent the last month or few trying to make sense of all this.

Me too. I’ve been trying to write about the crisis for several weeks now. I get halfway through and the energy shifts, leaving my words irrelevant.

We’ve all been incessantly noodling on the origins of the virus, when it really started, the conspiracy theories about it, whether we responded adequately or appropriately, the extremity of the virus compared to other pandemics, or how to survive the crisis, psychologically or financially. Very few people are paying attention to the intractable view that viruses are here to stay.

Regardless of all those conversations, I believe it’s time instead to focus on the benefits of this pandemic.

Finding Our Way to the Other Side

We already know we can’t go back to what was, the failed state of America and our world. Let’s call it “normal” for now, knowing it was never optimal for very many.

The crisis has magnified the disparity, the instability, and the inhumanity of our human-made (mostly Western and developed-world) systems. The only people who would argue this are those who sustained them with policy and politics and/or who benefited from them economically.

And while many things have gone completely awry during the crisis, most of us didn’t like the world we’d created and tolerated anyway, only those who could endure or benefit from the intractable systems designed to keep the status quo going.

And yet, we’ll be encouraged to return to the former way. We must resist the soon-to-be-released marketing efforts to “open back up” the world, as if the corner cafe closed for a day and the shopkeeper found the key.

It may take a few years to vote out the policymakers and to restructure the economic systems that benefit the few, but we must do it. To save ourselves and right the wrongs that we’ve collectively flung at the planet, we must choose another way.

We must create a new world in which we can all live harmoniously and coherently.

And here’s why I think this pandemic is just the “reset” we needed to embrace this now, and that will keep “normal” from slowly creeping back in.

We’re already moving toward the new. And the pandemic is serving as the chrysalis to allow us to emerge into this new world. This crisis has provided an optimal, if not perfect, metamorphic container in which to stew our juices and emerge as the wholly new species that we need to be to inhabit the planet differently.

As an evolutionary anthropologist, these are some trends I’m observing.

Humanity is being forced to examine its collective shadow.

As humans, we refuse to face the dysfunctional parts of ourselves unless and until we’re forced to face them — usually because of a trauma or crisis in our own lives. Similarly, we’ve collectively chosen to ignore or avoid or be in denial about the many forms of shadow that exist among us. The extent of social and climate injustice has never been more loudly pronounced.

During the pandemic crisis, as in crises during our own lives, we can’t help but see the shadow. The transparent and denigrating circumstances among people who aren’t entitled to be “bored at home” through the shelter-in-place lockdowns has blatantly illuminated the disparities among us. So many of our global citizens are actually unwelcomed “huddled masses” that are trapped or sequestered in immigration centers or inner-city burroughs or nursing homes or impoverished and segregated zip codes or the disproportionately poor and female front line “essential” workers.

These patterns are not new. They have prevailed among us for centuries. It seems we long ago abandoned parts of our “collective humanity” vis-a-vis leaving out large segments of our global society from integral infrastructures and social safety nets. And simultaneously, as we’ve become ever more industrialized and “smarter”, we’ve become more disembodied and disconnected from mother earth. Our “fractured” collective social personality continues to inflict trauma upon our collective humanity and the planet.

Much as we abandon ourselves individually because of the shame that our shadow induces, this crisis has finally shined a spotlight on the travesty of our rejection of parts of our human planetary experience.

Our global coherence is growing deep and wide.

We’re learning how to have collaborative agency across nationalistic and partisan divides, embracing the global crisis with new bonds of support, casually and formally. Basically, we’re learning to share based on our common desire — survival. Including a deepening interest in protecting the planet. Possibly never before has there been a concerted effort among (most) nation-states or even disparate politics to circle the wagons and empathize so fully with each other and with our collective plight.

These domestic and global trends indicate that we may be finally embracing a coherent and unified state as humanity, with or without some of our political figureheads.

We are building new social infrastructures.

The loss of our everyday connection to others through typical social settings and work conduct has more of us “zooming” than ever before. We’re connecting to strangers from neighboring states or far-flung countries whom we’d never have met otherwise. We’re even connecting to ourselves, our families and our work cultures in ways we haven’t in several generations. Here’s a short video demonstrating this in spades. And another here. In this way, we’re breaking down barriers to each other, and to people we formerly saw as “strangers.” We’re creating new social and neural networks and infrastructures in a way that we either disavowed or dismissed as unnecessary before.

And the end result of all this? The most compelling and unanticipated consequence of this global crisis? The most profound benefit of this pandemic…

Humanity is evolving at an unprecedented rate.

The very artifact of our isolation, to be alone with ourselves (or with our loved ones who likely “trigger” us to the brink of insanity) requires us to excavate whatever is in our way, within ourselves and our intimate relationships. We have each been forced into a state of internal reflection (which exposes the “hall of mirrors” that our lives really are). This deep drive into our internal milieu precedes the uncovering and releasing of the buried and captive shadow that has plagued us individually for decades, and collectively for many centuries.

This internal self-inquiry, or involution, is the precursor to our evolution. We are being forced to face ourselves and reconcile our shadow. As I describe in The Golden Thread: Where to Find Purpose in the Stages of Your Life, this involution itself is forcing us to create new capacities, complete developmental tasks, and move to the next stage in our own life journey. We will be better humans on the other side, if we choose wisely to go deep into ourselves and examine what may be holding us back.

And this evolution of our consciousness leads to:

More of us than ever want to live purposeful lives.

As we evolve and wake up to ourselves within the context of a global world, the fact that our neighbors don’t have what they need for a meaningful existence has prompted a collective demand for change. We recognize that we’ve been living in a world that was trying to force its earlier stage “me first” infrastructures on a society that had already emerged as “we.” As a society, we’ve evolved to a new stage. We want to make a more significant contribution in our lives, to each other and to the planet.

The emerging trend to find meaning and purpose, evidenced by the soulful cries among many for things to be different, and to give us work that’s useful, is indicative of the fact that people have shifted but the infrastructures of our societies have not.

We want to live as if what matters to us is worth saving.

We’ve just neglected to require our governments, our political parties, elected officials and captains of industry to move the rudder on our ship to head in a different direction.

There seem to be other silver linings, but these seem to be the most important for us to consider as we step into the next stage of our existence on the planet.

The pandemic itself has created the perfect opportunity for a rapid evolution of consciousness. In fact, if you’re paying attention to the global narrative like I am, it seems that our level of consciousness (defined by a rigorous scientific framework, explained here) has shifted from one stage to the next in the matter of a few months, nearly miraculous and unprecedented.

Even as we entered the arc of this crisis in early 2020, globally we were still largely holding onto the concrete values of rights and individuality and material wealth, the underlying beliefs that presaged democracy and capitalism. While these values are wholly useful, they cannot preclude the next stage values of social justice, equality, and then the next stage values of prioritized strategic solutions that resolve our inherent inequities and ignorance. The “fundamental” rights of the individual must be reconciled within the evolving values of a humanity that can no longer turn its back on each other or the planet.

We must embrace the fact that human development and evolution happen with or without our permission.

Human kindness has been awakened as an artifact of being able to perceive each other from an expanded perspective, rather than through traditional values that hamstring our care only to “like” tribes. Humanity is no longer solely dwelling in the balance of those perceptions, though our monetary systems and resource allocation still exist there.

If we take the time to excavate our inner world in this captivity of isolation, we get to face the shadow of who we’ve been, who we’ve become, and how we really want it to be. This unveiling of ourselves and our relationships with others has created the perfect milieu in which we get to be someone else. We are moving through stages of our existence in such a rapid form that we will emerge on the other side as next stage humans.

Many of us will be more evolved humans because of this experience. And we will never be able to return to the “normalcy” we professed before. We will no longer kowtow to the economic forces and traditional structures that brought us down as a species, that subjected us to old values that no longer work.

But for that to occur we must stand up as ourselves. We must be unfettered by the restraints of being shut down, handcuffed and boxed in by what we pretended was working.

And that requires us to live into who we really are. To claim the essence of ourselves. For each of us to find and articulate and live as if our lives matter.

At this point, it may feel like a battle cry, to pursue a life worth living, given the enormity of what we must face together.

But it doesn’t need to be that. Just imagine waking up each day as yourself, knowing that you could walk through the world being yourself, being accepted for all that you are, and knowing that you were involved in the greatest evolution of humankind. What a wondrous world that would be.

I’m not a Pollyanna, I’ve had too many battle scars to know that the path is easy or that it always turns out like you want it to.

And yet, I am already “living as if” this pandemic is giving us the greatest silver lining of this era. I already see the other side and the new world that is emerging. I welcome the indeterminate soup that this chrysalis has brought us.

Who will you be on the other side?