Are You Speaking the Language of Possibility? 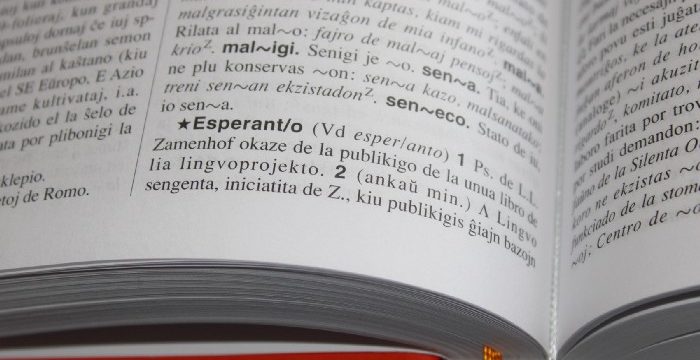 “Stick ‘n stones may break my bones, but words can never hurt me.”

So went the taunts on childhood playgrounds as we all endured the plague of bullies or mean girls.

Have you ever wondered why words may actually be worse than sticks or stones?

I’ve had a fascination with words since I was a child.

In preparation for a spelling bee in middle school, my English teacher had us scour the dictionary each week to choose an interesting word to explore (perhaps I’m giving her more credit than due with the whole exploration theme…).

I usually won spelling bees at that age because of my fascination with words and mastery of the rules of grammar. For me, words were friends who could help ME explore the world.

Once I chose the word undulate (i.e., un-du-late) with the definitions being

I would envision a wave undulating, like the crests and troughs of the salty emulsified sea waves of Galveston Bay where I grew up.

I would let the word undulate oscillate in mouth’s cavern as I floated face-up in the salty water, witnessing the clouds duly undulate. It seemed the whole world was cued correspondingly in those moments.

The word provided me with a mechanism to see beyond myself, to witness the world from a new perspective, as an undulatus space.

Little did I know how closely the word undulate was to the natural laws that rule our cosmos. The emergent dynamic of flow as it undulates in the torus movements of the quantum field.

I didn’t understand at the time the energetic potential of words.

The fact that I could shape my own experience by focusing on a word and its qualities was well beyond my young conception.

I just knew it felt good to be in the energy of a word that created space, rather than constriction, inside of me.

And then of course I learned that words were to be spelled and used appropriately in sentences or books or reports and not intended to be felt (unless you were reading poetry.)

But who ever SANG the word Hallelujah! and didn’t feel something remarkable?

I lost the fascination with words and strung together enough logical linear nonsense to get four college degrees and accommodate an externalized construction of meaning.

How Words Create Our Experience

After studying visioning, manifestation, and intention setting with Anna Wise and Joe Dispenza and Lynne McTaggart and others I learned to use the science and practice of imagination, words and sensory experiences to invite in our deepest desires.

As I’ve been building my new model, the Purpose Flywheel™, I’m seeing that the language of possibility is critical to live into a formerly inconceivable version of us.

Envisioning possibility is an ‘energetic constant’ that creates the perpetual motion of the flywheel.

As we move into the New World, emerging right before our very sensory apparati, it will be foundational for us to be/ become that which we choose to imagine for ourselves.

We can only achieve what we can conceive.

In other words, the DON’Ting and DOUBTing yourself into smaller and smaller versions of you will keep you stuck on this side of the portal.

What Do You Speak into Being?

As synchronicity would have it… on the very day I met with my friend and former client Ellie terHaar, who has a similar fascination with the energy of words, my friend Arthur Scharf — who creates these groovy hand sewn journals — told me of Dani Katz’s WordUp.

Dani not only makes up words (like omniscopic, where every moment access to every potentiality that is, was or will be exists) but has these adorable rad illustrations to go with her pithy realizations.

In English we say:

What would it be like if we just imagined the temporary state of “having hunger” or “having a state of overwhelm” rather than BEING it?

Lynne McTaggart, author of the Intention Experiment and Field of Eight, suggests a list of DOs and DON’Ts that of course includes using DOs so we can call in the energy of manifestation.

Turns out the universe can’t tell if we’re saying YAY or NAY when we say “Don’t bring me more trauma.”

Katz suggests some words to avoid (even the list falls in the DON’T DO category):

The most significant possibility hack we can recruit is to use “present moment languaging.”

Given time is really a fourth dimensional construct that exists omnidirectionally and simultaneously, in many dimensions at once, it is NOT fairies and unicorns to imagine that all our deepest desires exist right here, right now.

THIS MOMENT, right here right now, is ready for everything you ever imagined for yourself and all that you intend to create. While it may take some time for you to catch up to it, and lots of rewriting your limiting beliefs about what IS and ISN’T possible….

… there is no doubt that your future is as guaranteed as your past if you believe it to be so and act accordingly.

Using words that indicate a NOW-ness will support you in the I-AMness.

Reconciling the tension of knowing that you are a timeless-boundless being who is already living in the “gaps between” the old and new paradigm have a hard time reckoning how that doesn’t apply to the bills sitting on your desk or the car in which you gotta pump gas.

Of course you must take steps toward that path. You can’t just sit in your “Secret” armchair and wish it to be. You gotta do the work to get there too.

And patience is required. Life on earth doesn’t appear to exist in the eternal time and infinite space that we know is present in the mysterious field we live in.

It’s a both/and as you live/walk into the next version of you.

Whatever has held you back, reframe it.

All the muck and mire are just an opportunity to learn and evolve and send you down that yellow brick road to a more alive and emergent version of you.

There really are no “bad” things that happen, only ways we react or respond.

If you doubt you can handle it, you won’t.

If you imagine you will persevere, and be rewarded on the other side, you will.

I only became the Queen of Silver LInings because I was forced into the vicious hopper of unfortunate incidents and critical errors over and over until I tumbled out with a badly bruised identity that couldn’t argue that I was the only denominator in the whole affair.

Faith, not doubt, is what finally ejected me from the rock tumbler.

I would hope your gem would be polished with more easeful tumbling.

Go speak that into being.

Dr. Holly Woods is the Author of the #1 Bestseller, The Golden Thread: Where to Find Purpose in the Stages of Your Life. Read it, you’ll never again think your life doesn’t matter.

Holly is a purpose activator. She believes that touching the spark of your soul lights you up so much that you alter the world just by being in it.

Learn about Holly’s work at Emergence Institute. You can schedule a 30 minute Strategy session with Holly.

Better yet, join the Purpose Creators Collective, a home for you to grow your purposeful life, work and business with mentoring, courses and the company of aligned peers. It will be a laboratory, incubator, sacred container and support network for those of us emerging into our next expression.

Holly’s spent nearly 4 decades helping visionaries build products and businesses that change the world, as a coach, mentor, consultant and entrepreneur. She’s younger than she’s ever been because her purpose inspires her to keep making a difference. That’s what she wants for you, too. Holly helps her clients uncover their nuanced purpose, gain capacities and mindset to attain their unreasonable goals, and align decisions, products, strategies and systems around what matters most.

Get a free copy of the tried-and-true Purpose to Impact Roadmap she uses to create that alignment and amplification in the world.

Holly earned a PhD in Human & Organizational Development, is certified as an Integral Master Coach®, Purpose Guide®, Professional Mediator and Facilitator, Master Energy Practitioner, and is a Stages of Consciousness developmental practitioner.