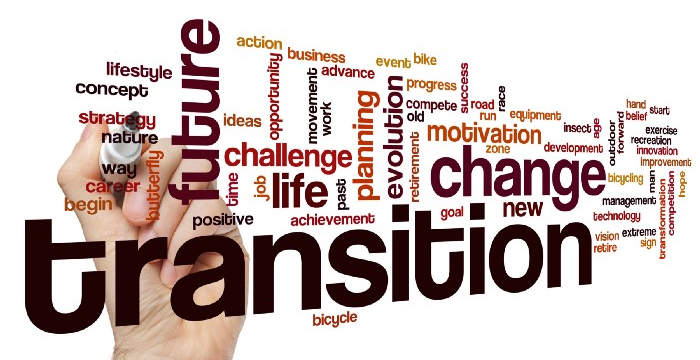 Yesterday felt like a nearly apocalyptic day in California.

A dear friend called and basically said, “Just in case… it’s been great knowing you. Love you.”

It’s one thing to face the impending social upheaval and economic crises and climate disasters through the filter of your device (or TV) screen. It’s quite another to be confronted with it in your backyard.

2020’s early fire season in California began with dry-lightning induced pocket fires, ultimately leading to more than 560 fires and 1 million acres burned (as of Saturday.) While a few fires have been halted, most are 0–15% contained. It’s nowhere near over. And the air quality is already poor to hazardous.

On top of the record heat. The 2nd phase of the pandemic lockdown. The decaying economy. And a second fire season is expected soon (before these fires are smoldering?) due to the typical Santa Ana winds.

Disaster has become a form of reality TV show here. Which town will be wiped-out this year? What pristine wilderness will be sacrificed as the climate crisis lamb?

While some of my friends do cater to the apocalyptic or conspiracy theory version of explanations for the California disaster zone, I err on the side of more rational theory about the origin for the fires, and also tend to be an optimist. At least most days.

Which leads to… what is this all about?

The Transition is Upon Us

We knew this was coming. All of it.

Climate science has warned us for decades about the impending disaster of greenhouse gases, and is now conclusive about its deleterious effects. Poorer countries have been experiencing these disasters for much longer, forcing displacement and other climate injustice.

We’ve repressed social and racial injustice issues in America for centuries, as have other countries whose racially-motivated institutionalized murders haven’t yet been filmed. We knew we’d have to face the consequences and reparations at some point. Now it’s here.

And we’re about to face ever-more-serious global economic strife as monetary systems meltdown. Existing systems don’t work because they rely on both expropriation and exploitation to extract profit for the owners of capital. They also don’t work because current capitalistic systems only intensify the inequality created by pandering to the plutocratic rich and because our currency systems are not based on reciprocal energetic systems of value and trade.

We knew all this, and we didn’t pay attention well enough. The status quo social narrative drowned out all the voices that cried their warnings.

That’s a good thing. Says this harbinger of silver linings.

And yet, it won’t be pretty. We’re going to have to learn new strategies, new tactics, new ways of being in the world. Have new expectations and reconfigure our belief systems, individually and collectively about what works and doesn’t. About our personal preferences and about what really matters.

And it will take some time for us all to admit that we’re actually here. We can no longer imagine that we have 10 or 20 years to figure it out.

Because we really don’t.

The catastrophes of climate change have begun, and will continue until we embrace existing and future technologies and strategies to both mitigate and adapt to the changing ecosystems.

The zeitgeist narrative is that we only have 11 years to figure out how to save ourselves on the planet. That’s a myth. The fact is that we are out of time now. At the current rate of destruction, without those mitigation and adaptation efforts fully embraced, the world as we know it will end.

What to Do Now?

We start with Grief.

We grieve the loss of our attachment to how things have been. We’ve had it good as humans on this lush green planet. Many of us have had enormously full and abundant lives, especially those of us who are well into midlife and had the luxury of the changes brought about by the industrial and information ages.

While I got swept into grief yesterday as I learned the first CA state park- Big Basin — had burned, potentially along with those magnificent 2500 year old redwoods, one of my young adult daughters stoically said, “Mom, I’m over the grief. Everyone my age knows we’re screwed.”

Most of us have been grieving since the pandemic hit, as the social isolation revealed personal and collective patterns about how we live as humans. And yet we created this social distancing policy among ourselves with the very nature of our haves-have nots- exclusive- segregated class bias. What could be more alienating and isolating than purposefully distancing ourselves from those who are different from us? Yet we blame the pandemic (or the government) for causing the grief.

The grieving about our current fate has just begun. And must continue in all five phases for each type of loss we experience. I personally grieved social and racial injustice as a child, so now celebrate the movement that has emerged. The loss of vast swaths of wilderness has me verklempt though, and 2020 could portend to be a record year for other natural disasters as well, including up to 25 hurricanes in the Atlantic.

Can’t we please wake up??

And yet, the earth replenishes herself much better than we do. It seems like she wants us to go. Like an unwelcome guest, I feel responsible for a visit gone badly. And maybe she’s just nudging us to get it together sooner than later.

And some of us may have to grieve the deconstruction of systems that have made life easy for us, as we begin to reframe our world from a more just and equality-oriented lens.

But recognizing the loss of how things were allows us to anticipate something new.

In order to cope with my grief, and turn it into my renowned silver linings, I have a new mantra, as of a couple days ago, courtesy of Tom Kenyon:

Which brings me to Grace.

When we allow things to die, or end, because we’ve detached from them, it creates an opening in which something fills its place. If we let go fully, like really grieve it til we’re done, that thing is likely to have an organic quality to it, as if it had just slipped in naturally and fit like an old worn shoe.

It’s only when we hang onto things that the thing coming in feels like a square peg in a round hole. Rather than asking the age-old victim-oriented question, “Why is this happening to me (us)?” we should be asking “What do I want now? What can I do now, to alter the trajectory of the future?”

Grace is a product of letting go of old patterns, beliefs and expectations, and learning to let life emerge as is intended.

Had we not overbuilt homes on the perimeter of wooded areas in CA, perhaps some wilderness areas would’ve been spared the flames. If we hadn’t suppressed the BIPOC citizenry of the U.S. for centuries, and created impediments to a sustainable way of life for those affected, many lives would’ve been spared and/or made whole and the BLM and other movements wouldn’t have been needed.

Recently I wrote about living an “easier” life, where

Living on purpose, which creates a state of flow, is basically living according to the natural order of things.

When you are living in a more expanded awareness — practicing, living as if, and in embodiment with purpose — it brings all parts of your being in alignment with that which naturally wants to flow through you. And then, naturally, when you become harmonized or ‘in flow’ with life, you are spontaneously supported by the universe. You can learn to live with little to no ‘effort.’

When we are NOT attempting to power over others, or claim our preferences as the ‘right’ or only way, we step into that natural flow, and grace appears to support us on our journey. Even when the going gets tough, like now.

Grace is recognizing that life sometimes requires us to move in a direction that doesn’t feel like pleasure. We may have to suck it up. It’s hard. And then we get past it.

And Grit doesn’t mean we have to suffer. In fact, Grit can be viewed as the natural order of things too. Nobody promised us a rose garden when we came for this experiment.

Grit could be defined as courage to face the hard stuff, directly, to let the little stuff go, and develop a little wisdom along the way to know which is which.

And in doing so, we develop resilience and persistence and patience and uncover the shadow that wants us to keep fighting or repressing. And pretty soon we can feel great about having survived all those dilemmas and Grit just becomes the inherent power to be ourselves. To live our sacred right as inspired purposeful humans.

Then the bonus of Gratitude emerges.

Yesterday, I was quite freaked out, with the hazardous smoke seeping in the windows and the sense of impending doom being surrounded by fires. You can ask my friends who supported me. Ready to pack up and leave, I had to breathe and settle. Get calm.

And this morning, reason prevails and I realize that this too is just another wake-up call. As if the liberal (formerly) hippie communities of northern California weren’t awake to the devastating loss of the environment, perhaps we too needed to be shook-up on another level. We’re all responsible for this mess.

What else can we do, even more intently than before?

As we let go of the ways that didn’t work, and allow what naturally wants to emerge, Gratitude also seeps in through the windows of our self-inquiry. The shadow becomes a gift, and a new understanding and strategy is available.

And of course I can tell you about the silver linings of these events.

Connectedness. During a crisis, everyone reaches out to all their family and friends and even acquaintances to connect, to empathize, to express love and thanks. My phone and email and social media were lit up yesterday. We want to be with those we love when we experience any level of grief or doom.

Reevaluation. And we question how we got here, and revisit all our behavior and strategies and the unintended consequences of our ways. And then rethink how else it could be. And what’s next?

Support. We ask for help. We know we can’t do it alone. Even CA Governor Newsom called for support from every state and even other countries to support the fire-fighting effort. And they came, from neighboring states, Canada and Australia. Many thousands more firefighters are either in or on their way to CA now because we knew we couldn’t do it alone. It was too big.

Reciprocity. And we learn to give. We become more empathetic caring beings when we see others in need. And we learn to care for each other and the planet in new ways. Our empathic skills are becoming highly attuned as we evolve through this crisis. It doesn’t matter geographic locale or political affiliation when you see someone in need.

Recommitment. And we become committed, newly, to be different in our intentionality for the transition. It is here. No longer deniable, we must find another way to have more impact with less effort. To bring our Grief and Grace and Grit to the table with us as we pledge to try something else, lest we be accused of insanity.

And while I’m tired of being home alone, now again, I realize that it may be a small price to pay for the loud lessons learned this week in CA. While we need to be patient while the fire crews do their best to contain the fires, my own efforts to be more purposeful and intentional continue to be inspired by the work that needs to be done here.