What’s Possible from Here? The Art of Being Unreasonable 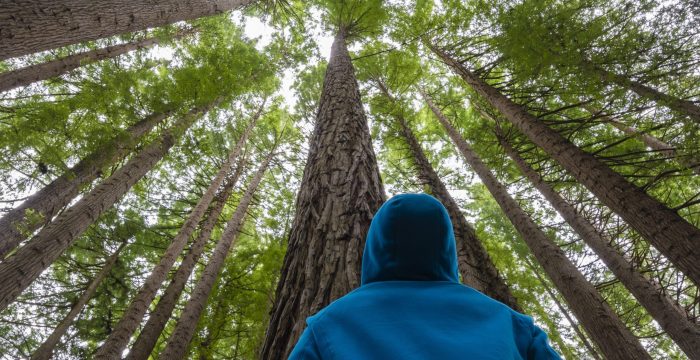 Remember when, 6 months into the pandemic and you were already Zoom-fried, bored of Netflix and bouncing back from the initial binge phase, you swore that if we ever made it out of the pandemic you’d do things differently?

Well, that time is now.

Is it too unreasonable to suggest that you can actually have that life?

I often heard in childhood that I was an “unreasonable” girl.

From well-intending people, mind you, who didn’t want the dreams of my childhood naivete shattered.

What they really meant, though, was that my dreams were beyond their own conception of possibility.

Yea, I had visions of things others couldn’t imagine even in childhood, and I believed in them. I guess that’s why they often called me “stubborn” too.

I left my childhood thinking that most of the adults I knew had few visions and little risk tolerance. And I wasn’t going to live that life. I would achieve my dreams and live into my visions.

Yet, I carried with me all the projected mental baggage of believing that I couldn’t live beyond what was reasonable. I had of course introjected those belief systems, even as I rejected them, from my family and culture of origin.

Being the visual savant that I am, I also carried the images of those limiting visions of myself like photograph albums that documented reality.

Except the photos were of the past, not the future.

You of course know by now that to live into a vision of the future you have to clear the clutter, release the toxins, and debride the wounds of childhood in order to make space for what is truly possible.

You may or may not know that you also need to release the negative thought forms, the lost creative inspiration, the ideas unrewarded and dreams forgotten.

All that unrewarded “wanting” also clutters your vision.

Unrewarded dreams are like unrequited love- they clutter your vision of possibility.

A true vision is a product of your receptor antennae meeting an inspiration from the future, bringing it into form.

And then, if it’s not manifested, the vision vanishes as the winds of time shift the field.

Preparing your mind to receive what’s emerging in the world requires you to “stage” your mind as a realtor might stage a home.

You don’t put your old cruddy stained furniture in a home in which you want people to imagine their hopeful future lives.

You place dream-absorbing neutral furniture and other objects in that home so the potential buyer can imagine what’s possible on top of it.

[That’s why you see so much grey and white furniture in staged homes. Not because most people really LIKE to sit on a grey couch you’d see in an architectural magazine, but that you can imagine your own stuff there if it’s not cluttered with someone else’s personality.]

Which means bringing in new furniture.

When you want to live into the emerging possibility of your purpose-driven vision, the key is NOT to empty your mind but to create fertile soil upon which to stretch your imagination.

No matter how many visions I have had, given I can only execute on some small portion of them, I’ve had to learn to create a new vision of possibility in the here and now.

And sometimes that means even letting go of the vision you had last year.

You have to create fertile soil in your mind in order to receive the vision of what wants to emerge through you. Now.
To tap into your personal version of the zeitgeist.

I savor the wind shaking the leaves to whisper, or the rejoice as the birds share songs of their favorite sunrise or emit a warning of the approaching hawk.

I visually recall the mixture of yellow flowers next to a cactus with spikey thorns. The enormity of a redwood grove with offspring encircling the mother tree, their reciprocal dynamic evident in the glad sharing of space.

I experience the exactitude of the wave in the moment before it crests, then tumbles down into itself to disappear again. churning the sand and saltwater into a murky foam.

The key is that it releases me to be an organic version of myself. I don’t have to be anything other than myself. There are no distracting noises or competing expectations. I sit in the faith that life is happening exactly as it should and I am to abide by its rhythm.

There is no other “reason” to be, than to be myself.

Yes, I will continue to be unreasonable.

What creates that neutral yet fertile space for you, that allows an unreasonable and emergent vision of your future to arise?

Dr. Holly Woods is the Author of the #1 Bestseller, The Golden Thread: Where to Find Purpose in the Stages of Your Life. Read it, you’ll never again think your life doesn’t matter.

Holly is a purpose activator. She believes that touching the spark of your soul lights you up so much that you alter the world just by being in it.

Learn about Holly’s work at Emergence Institute. You can schedule a 30 minute Strategy session with Holly.

Or join the Purpose Creators Collective, a home to grow your purposeful life, work and business with mentoring, courses and the company of aligned peers.